France, Netherlands Oblige Third-Country Visitors to Test Before Their Trip 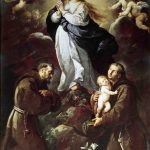 France has obliged visitors from third countries to test for COVID-19 before their departure to France since December 4, including those vaccinated and recovered. The test must be taken 48 hours before arrival, and it must be a PCR test, as other types of tests are not accepted.

Only travellers under the age of 12 are exempt from the pre-entry testing obligation in France.

Third-country nationals should also be aware that they might have to undergo further testing upon arrival in France.

>> France to Impose Testing Obligation for All Third-Country Nationals

Two and a half weeks after France, the Netherlands has also decided to impose the same requirement on travellers from third countries. Since December 22, everyone reaching the Dutch territory from third countries should present a certificate of COVID-19 negative test results.

Subject to the obligation are all travellers from the age of 12, even those vaccinated and recovered.